One of the largest electronics manufacturers globally, Samsung, revealed Monday that its new smart TVs would allow users to browse and purchase NFTs.

Samsung is adding NFT support to its 2022 television lineup.

According to a Monday press release from the South Korean electronics giant, the MICRO LED, Neo QLED, and The Frame smart TV models will come with a fully-fledged NFT platform for “discovering, purchasing and trading digital artwork.”

“In 2022, Samsung is introducing the world’s first TV screen-based NFT explorer and marketplace aggregator, a groundbreaking platform that lets you browse, purchase, and display your favorite art — all in one place,” the company told The Verge.

According to Samsung, the platform will let potential buyers preview NFT artworks before purchasing them and explore blockchain metadata to verify their provenance. Creators will also be able to calibrate and preset the display settings for their NFTs so that everyone can see them in the same, true-to-original form.

NFTs have skyrocketed in popularity over the last year, with trading volumes on the largest NFT marketplace, OpenSea, surpassing $15 billion in 2021. As they enter the mainstream, several major companies have started integrating NFTs into their business models. Perhaps most notably, in October, Facebook rebranded to Meta in a bid to help “bring the Metaverse to life.” The Metaverse is a new iteration of the Internet that many crypto enthusiasts consider in parallel with NFTs.

The instant messaging platform Discord and game publishing giant Ubisoft also announced NFT plans last year but faced severe backlash from their respective communities. As a result, Discord backtracked from its initial plans to integrate Ethereum and NFTs into its platform, while Ubisoft decided to move forward with its plans despite the criticisms it received.

Samsung’s foray into crypto appears to be more geared toward building infrastructure support for the nascent technology to appease its rapidly growing user base. In 2019, the firm introduced the Samsung Blockchain Wallet on its Galaxy phones. Now, it’s taking another major step toward adopting blockchain technology by integrating an NFT browser and marketplace aggregator into its premium TV product line. 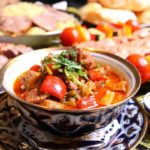