VanEck has gained approval for its Bitcoin futures ETF and set a date for its launch, according to a post-effective filing.

VanEck’s ETF Will Launch on Oct. 25

The VanEck Bitcoin Strategy ETF has now been approved by the U.S. Securities Exchange Commission.

The fund is allowed to begin trading after Saturday, Oct. 23, but will likely be listed on Monday, Oct. 25 as markets open. The fund will be listed under the ticker symbol “XBTF.”

The ETF will carry a management fee of 0.65%, or $0.65 for every $100 invested. Bloomberg notes that this is significantly cheaper than the 0.95% fee in ProShares’ competing ETF.

This approach is appealing to institutional investors, who are often most comfortable with traditional investment vehicles.

ETF Will Be the Second in the U.S.

VanEck’s Bitcoin futures ETF will be the second of its kind in the United States. ProShares launched its own futures ETF this Tuesday, setting a precedent for similar funds. Hype around the event drove up Bitcoin prices to a new all-time high above $66,000.

Another similar ETF has also been proposed by Valkyrie and will likely gain approval in the near future. Invesco, meanwhile, has withdrawn its proposal for a Bitcoin futures ETF. 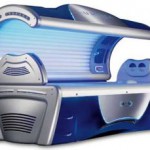 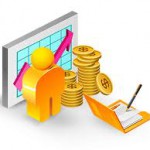