The development team behind Shiba Inu (SHIB) has announced that it will launch a DAO, according to a new blog post.

DAO Will Decide on Rewards and Listings

Shiba Inu is getting a DAO.

Shiba Inu’s DAO will collectively make governance decisions regarding the project’s ShibaSwap exchange. Users who have staked Shiba Inu’s reward token $BONE to receive $tBONE will be able to vote.

In the beta version of the DAO, called DAO 1, users will decide how token rewards are distributed between various liquidity pools.

The team explains that this gives power to its community of users. “Rewarded liquidity pools will be decided fully by the users….this avoids the Developers from making those very choices,” it wrote.

Users will also be able to stake tokens to vote for other cryptocurrency listings and pairs, a feature that is intended to attract liquidity deposits for those assets. This will occur on a cyclical basis, with a minimum of 30 pairs being showcased every 14 days.

Later, a new DAO called DAO 2 will allow users to make general proposals around the development of the project.

What Is Shiba Inu Token?

Shiba Inu was launched in August 2020 as one of several Ethereum-based tokens aiming to capitalize on the popularity of Dogecoin.

Though many other similar tokens fell through the ranks, Shiba Inu maintained its popularity. It is now the 13th largest cryptocurrency overall, with a market capitalization of $18.4 billion.

The news comes approximately one week after Dogecoin announced a massive roadmap that will include several new features. 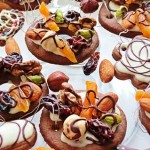