The fund went live on Friday, Oct. 22, under the ticker BTFD on Nasdaq. The acronym was chosen to suggest “Bitcoin futures” as well as the meme trader catchphrase “buy the f—ing dip.”

Valkyrie noted that Bitcoin futures are “becoming an increasingly popular investment vehicle for both individuals and institutions” and said that its ETF provides exposure to more investors “without the pitfalls and hurdles” of direct investment.

The trading day has not yet concluded, making it difficult to say which fund will have more appeal. Valkyrie’s fund brought in $10 million of volume within the first five minutes. ProShares, by contrast, brought in $570 million over the course of its first day.

Futures ETFs Are on the Rise

Today’s launch is the second in a series of newly-approved Bitcoin futures ETFs. ProShares was the first company to launch a Bitcoin futures ETF in the United States as its product went live on Tuesday, one day later than expected.

VanEck’s Bitcoin futures ETF will be the next fund to go live. It is expected to launch next week on Monday, Oct. 25. 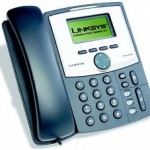 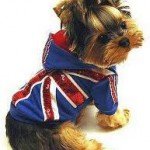