A U.S. Navy engineer and his wife recently attempted to sell nuclear secrets for cryptocurrency, according to court documents,

Beginning in 2020, Jonathan and Diana Toebbe attempted to sell Navy information regarding the design of nuclear-powered warships to a foreign representative.

Toebbe aimed to get $100,000 of cryptocurrency by selling information. Payment was arranged in Monero, as Toebbe was concerned about the risk of Bitcoin being traced.

The information was arranged to be left at dead drops. The Toebbes hid SD cards in items such as a sandwich, chewing gum, and band-aid packaging and left those items in public locations.

However, the buyer turned out to be an undercover FBI agent. Once $70,000 had been transferred, the Toebbes were arrested.

The couple was arrested in West Virginia by the FBI and the Naval Criminal Investigative Service on Saturday, October 9.

Monero Is Common In Crime

Monero is common among cybercriminals such as cryptojackers and ransomware attackers as it is almost impossible to trace.

Unlike Bitcoin, Monero’s addresses are not publicly viewable, meaning that only users on either side of a transaction can see the balance and transaction history of relevant addresses.

Despite the difficulty of tracing Monero, various branches of the U.S. government including the DHS and IRS have contracted crypto analysts to build Monero monitoring tools. The effectiveness of such tools has been questioned by members of the crypto industry.

In this case, U.S. agents did not attempt to trace Toebbe’s Monero transactions. Instead, agents simply used Monero payments to gain Toebbe’s trust. The perpetrators were identified by monitoring dead drop locations, not through cryptocurrency analysis. 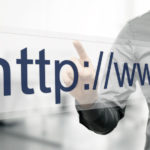 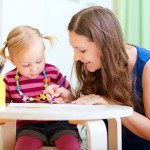