The People’s Bank of China has released a notice declaring that the exchange of virtual currencies is now strictly prohibited in the country. Chinese authorities have also introduced stricter surveillance for crypto mining activities.

China has once again tightened its restrictions on cryptocurrency-related activities.

The People’s Bank of China (PBOC) has declared that a new batch of virtual currency-related activities is now illegal, along with stricter enforcement policies, in a notice posted to the bank’s website Friday morning.

In the notice, the bank reiterated earlier prohibitions on crypto-related business activities, such as running crypto exchanges, while also including new provisions on the legality of virtual assets. Now, exchanging virtual currencies, converting virtual currencies to fiat, issuing virtual currency tokens or derivatives, and even providing information on cryptocurrencies are all explicitly considered crimes and punishable under Chinese law.

Additionally, the notice states that services provided to Chinese citizens from overseas crypto exchanges are also illegal financial activities in the country. Chinese authorities will investigate anyone involved in marketing, promotion, payment settlement, or technical support for an overseas crypto exchange according to the law.

While the new documentation states that transacting with, and exchanging virtual assets for fiat currency, are now illegal, possession of cryptocurrencies appears to have not yet been prohibited.

As the announcements circulated online, crypto markets were hit hard, with Bitcoin and Ethereum losing much of their recent gains. The first and second largest cryptocurrencies are currently down 8% and 10%, respectively.

While the PBOC notice has shaken market sentiment, it appears that the information may be old news. The notice, dated Sept. 15, seems to have been overlooked due to an information gap between China and the west. A concerted effort to circulate the information via Chinese social media sites WeChat and Weibo today has resulted in the news gaining traction outside of China.

4) additional and important clarification: the date of the notice is the 15th it’s just that it was posted on the website and WeChat account todayhttps://t.co/dPsyte9W9v

The latest notice from the People’s Bank of China follows a slew of regulatory crackdowns on cryptocurrency earlier in the year. The Chinese government initially targeted Bitcoin mining operations, shutting down activities in Inner Mongolia, Xinjiang, Sichuan, and several other provinces.

After the crackdown on Bitcoin mining, the PBOC released a notice in June, informing customers that accounts implicated in crypto trading would be shut down, marking the start of a wider digital asset crackdown. More recently, in August, the bank announced it had shut down 11 crypto exchanges in Shenzhen after a nationwide ban on crypto-related business activities.

Following the bank’s announcement today, it seems the only crypto-related activity left for the Chinese government to prohibit is the possession of virtual currencies. It remains to be seen if China will take this final step and outright ban the possession of cryptocurrencies in the future. 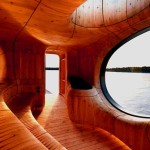