The United Kingdom has awarded one of its most competitive research and development grants to Millicent, a stablecoin and central bank digital currency project. It is the first CBDC and stablecoin project funded by the British government.

The British government has awarded a highly sought-after grant to Millicent, a company researching stablecoins and CBDCs. It is the first stablecoin and CBDC project to be awarded funding by government of the U.K.

Millicent is the recipient of the U.K. Research and Innovation (UKRI) Innovate UK SMART Award, a highly-coveted grant sponsored by the Department for Business, Energy and Industrial Strategy (BEIS). Millicent’s project was chosen because, according to its assessors:

“Millicent is a game-changing project that could change the way we bank and spend; [its] impact could be very significant to the U.K., financially, socially, and technically, as it can lead the way for a U.K. system backed by the Bank of England.”

Millicent is the nation’s only government-backed stablecoin and CBDC project. The company’s stated purpose is to help bring digital finance to the masses and claims its network can process 10,000 transactions each second. It is led by a former Wall Street banker, Stella Dyer, who said:

“In today’s system, it’s usually the people with the least money who pay the most for financial services. Millicent is designed to level the playing field for everyone, creating an ‘Internet of Value’ that is open and accessible to all.”

The Bank of England and Her Majesty’s Treasury announced last November next steps in its own CBDC plans that could lead to a rollout later this decade. Many nations have given attention to central bank digital currencies, including the United States , Malaysia , Mexico , South Africa, Singapore, Australia, and Canada , with others like Nigeria , China, and the Bahamas having already launched one. 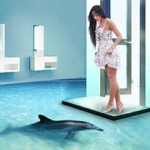