Ripple’s legal issues in the U.S. are not preventing the firm from broadening its horizons in the crypto space. The distributed ledger startup is now aiming to compete for a share of the NFT market with a new dedicated fund.

Ripple is jumping on the NFT bandwagon.

In a recent blog post , the San Francisco-based company announced the launch of a $250 million fund dedicated to supporting the creation of NFTs on the XRP Ledger. Ripple’s Creator Fund will be focused on encouraging creators, brands, and marketplaces to explore new use cases for NFTs.

The distributed ledger startup highlighted that “clunky user experiences, high transaction fees, and [the] environmental impact” are some of the main factors discouraging creators from engaging with NFTs. Ripple is aiming to “alleviate” these challenges by providing financial, co-marketing, and technical support to those who want to participate in the nascent market.

The NFT marketplaces MintNFT and Mintable will be the first to integrate the XRP Ledger to improve the NFT experience for developers and creators.

Investors appear to have rushed to purchase XRP on the news, with the token’s price jumping by more than 7.5% shortly after Ripple’s Creator Fund was unveiled. The sudden bullish impulse could help the asset post further gains as it attempts to break a critical resistance level.

XRP may be ready to break out. The recent upward pressure led to the fifth consecutive retest of the 200-day moving average on the daily chart. Consequently, the move weakened the critical resistance barrier.

Despite the optimistic outlook that XRP presents, the move is also dependent on the 100-day moving average. It has been acting as stiff support for the past nine days, preventing the asset from a steep correction. Any signs of weakness that result in a dip below the $0.88 level could create panic among investors, potentially leading to a sell-off that could push XRP towards $0.80. 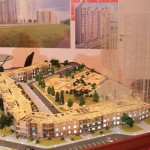