The National Basketball Association has partnered with Coinbase according to a press release from the basketball group.

The partnership, which will involve a sponsorship deal, will make Coinbase the official crypto platform of the NBA.

The deal will see Coinbase provide content and experiences related to the NBA. Coinbase will become a presenting partner for some NBA leagues, and it will gain a brand presence on TV basketball games.

It is unclear whether this will translate into the ability for audiences to pay for tickets and merch with cryptocurrency.

Kerry Tatlock of the NBA called Coinbase a “trusted cryptocurrency platform used by millions” and “a natural fit as the NBA’s first-ever partner in this thriving category.”

Coinbase is currently the second-largest exchange by trading volume, with $4 billion traded in the last 24 hours.

Some NBA Teams Already Use Crypto

At least two NBA teams have independently embraced cryptocurrency prior to today’s news. The Dallas Mavericks, under Mark Cuban, is famous for accepting cryptocurrency including Dogecoin as payment for tickets and merchandise.

The Sacramento Kings, meanwhile, began to offer players their salary in Bitcoin this year; it has also mined Ethereum in the past.

This March, team owners formed an advisory group in order to find new ways to integrate blockchain with the basketball league. It is unclear whether today’s news is related to that effort.

The NBA previously partnered with Dapper Labs on Top Shots, a line of NFT collectibles featuring highlights from various players. 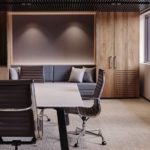 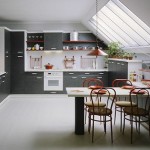