The project is supported by reputable partners in the market today and have been confirmed by some big names such as: Dext Force Venture, Basics Capital, Kyber Alumni Fund, Au21, Maven Capital and more. These strong partnerships will be essential for KingSpeed in the upcoming plans, with a lot of development is promised to be applied into the game. Collaborations with such big players in the industry will support the project on their objective of expanding their NFT market segment, which is expected to see tremendous growth.

“The initial investment of our investors means a lot to us. It gives us peace of mind to invest in research and development to deliver the most polished product to the community. We are very grateful to our investors who have always supported us in every way”.

KingSpeed aims to combine both Free-to-play and Play-and-earn models into their gaming system, allowing everyone to start playing the Kingspeed game without having to pay a large amount of money to acquire NFTs at the beginning. They give all users the ability to claim and use a simple & generic NFT car with the same basic statistics. Players can buy, sell and trade or even can put their unused assets for rent to generate passive interest. Players who want to experience new, rare, or strong NFTs but can not buy it may rent the NFTs for a period of time.

KingSpeed provides gamers with 4 different modes to choose from, including time trial, multiplayer race, 1-1 race mode and daily quest. Players also can use a prediction system to forecast against another player before the race. When the race ends, the player who correctly predicted the winning car will win all of the tokens.

Since the NFT gaming industry is growing and changing the traditional approach, KingSpeed now is more than just a game but a way for players to actually earn from their efforts. KingSpeed Crystal – their own token $KSC, which will be available on Binance Smart Chain, will be used as the main payment currency in the game, such as purchases collections, pays competing fees, upgrades cars and more. Apart from the main use as a currency, $KSC can be staked in our system in order to receive rewards.

KingSpeed is expected to release the NFT Car, staking system & web game this December, along with the marketplace publishing. Next year, their main focus will be releasing the prediction and renting system, along with the mobile version of the game.

KingSpeed is inspired by the idea of The Apocalypse, when the weather becomes more severe in the future with extreme phenomena like earthquakes, tsunamis, volcanic eruptions occurring frequently. KingSpeed’s race tournaments are held to find the best and most fuel-efficient cars that can withstand different weathers and terrains. King Speed is a free-to-play and play-to-earn blockchain-based racing game where players use NFT cars and equipment to challenge other players in a huge and ever-expanding racing world that we created. In Kingspeed, users can collect rare virtual items including cars, characters, gears, and race tracks. The player can use their collectibles to join the race, compete and earn rewards & will be able to claim one free common car to start playing the game.

KingSpeed’s core team is full of faces in the gaming, blockchain, art design, crypto and marketing industries with many years of experience and they are now combined together with the vision turning KingSpeed into a lifestyle for the people that have passion for blockchain game and of course, racing. 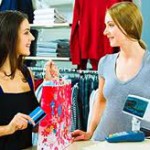