Support for a ban on cryptocurrencies is circulating in Europe again, this time in Hungary.

György Matolcsy, governor of Hungary’s Central Bank, said today that he supported the Russian Central Bank’s proposal for banning crypto investing and mining that was put forward on Jan. 20. Governor Matolcsy also said he was in favor of the proposed ban on Proof-of-Work mining put forward by one leading EU regulator on Jan. 19.

Matolcsy expressed concern about the role of cryptocurrencies in illicit activity, saying it was “clear-cut that cryptocurrencies could service illegal activities.” He also expressed reservations about the growth of “financial pyramids.” The central bank governor cited the Bank of Russia’s warning of “bubbles” sprouting forth from “the breakneck growth and market value of cryptocurrencies…defined primarily by speculative demand for future growth.”

Governor Matolcsy said that unity within the EU was needed to prevent “the building up of new financial pyramids and financial bubbles.” He did, however, emphasize that citizens of the EU, as well as companies, “would be allowed to own cryptocurrencies abroad,” if regulators were able to “track their holdings.”

The vice-chair of the European Securities and Markets Authority, Erik Thedéen, presumably the top EU regulator for whom Matolcsy pledged support, argued on Jan. 19 in favor of a Proof-of-Work ban for different reasons than the governor of the Central Bank of Hungary. Thedéen argued for a Proof-of-Work ban due to environmental concerns rather than the predominantly financial concerns that Matolcsy aired.

Matolcsy parroted the view of the Bank of Russia, which proposed a ban of crypto mining and trading on Jan. 20. Nevertheless, the next week , agencies and authorities in Russia seemed to overrule the central bank’s proposal, opting instead for regulations without a ban. Last week, Russia’s Ministry of Finance seemed to corroborate the view that regulation was favored over banning, arguing for crypto legalization and for banks to be allowed to trade cryptocurrencies. 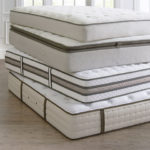