FTX has announced support for Arbitrum withdrawals and deposits. Meanwhile, Coinbase has faced criticism for focusing on small cap coin listings instead of Layer 2 integration.

Another exchange has added support for Arbitrum.

FTX, the third-largest crypto exchange by volume, announced onboarding support for Arbitrum Tuesday, following on the heels of Binance to adopt Layer 2 Ethereum.

FTX users will now have the option to withdraw ETH purchased on the exchange directly to their Arbitrum mainnet wallets. Previously, users needed to send funds to Ethereum mainnet before bridging them over to Arbitrum, a process that forces users to pay Ethereum’s high gas fees. Likewise, FTX users wishing to send ETH back to the exchange from Arbitrum can now deposit funds directly into their FTX exchange wallets.

Arbitrum is an Ethereum Layer 2 network that leverages Optimistic Rollups. The network benefits from the security of Ethereum mainnet while reducing gas costs by bundling transactions and posting them to the base chain calldata. For complex transactions like swapping ERC-20 tokens, Arbitrum can currently reduce gas fees by a factor of up to 10.

According to data from L2Beat, Arbitrum currently holds around $3.4 billion in total value locked, and many of Ethereum mainnet’s most popular DeFi protocols have built on it to make the jump to Layer 2. While fees to use Arbitrum come in at a fraction of those for processing transactions on Ethereum, the high gas cost associated with bridging funds onto the network has acted as a barrier to adoption. However, as centralized exchanges like FTX and Binance build easier, lower-cost onboarding for Arbitrum, it’s likely that more users will be incentivized to use the network.

While the likes of Binance and FTX have moved fast to add Ethereum Layer 2 support, not all exchanges are following their example. Coinbase, the biggest U.S. exchange, has lagged behind its competitors in adopting Layer 2 in recent months. Prominent crypto community members have widely criticized Coinbase for listing illiquid, small-cap tokens instead of working on native withdrawals for assets such as Fantom and Arbitrum onboarding.

In response to Coinbase’s latest listing of the pet digital identity token Pawtocol, The Daily Gwei founder Anthony Sassano tweeted out his disappointment in the exchange, stating, “I like Coinbase but their priorities are out of whack on this.” Sassano was joined in the comments by followers who expressed similar views, stating that Coinbase had first announced its intention to launch support for Arbitrum over five months prior but hasn’t updated customers since then. Coinbase has also been slow to unveil its NFT marketplace; Coinbase NFT was due to go live with support for Ethereum NFTs before the end of 2021 but is still yet to launch.

As Ethereum scaling solutions like Arbitrum gain momentum, exchanges that don’t support onboarding for their customers are at risk of being left behind. On the back of FTX’s Arbitrum announcement, many are already calling for other Layer 2 solutions such as Optimism to receive support next, highlighting public demand for Ethereum Layer 2 onboarding. 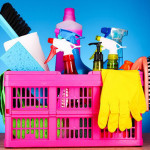