ZK-Rollup developer StarkWare has raised $50 million in a Series C funding round that values the firm at $2 billion. The company plans to launch StarkNet Alpha on Ethereum mainnet by the end of November.

A big thanks to our lead investor, @sequoia, our wonderful follow-on investors, and the dozens of ecosystem partners and collaborators who participated in this round, for their vote of confidence in our products and tech. pic.twitter.com/CuaeMSf2s6

StarkWare uses ZK-Rollups to scale Ethereum. ZK-Rollups bundle transactions off-chain and create ZK-SNARKs, which get submitted to the base chain. They allow for faster transactions with significantly reduced gas fees. Rollup technology currently comes in two flavors—ZK and Optimistic. Optimistic Rollups such as Arbitrum and Optimism rely on trust between parties, resulting in a challenge period where anyone can dispute the legitimacy of a transaction. This means it can take up to a week for users to transfer funds back to Ethereum mainnet. However, ZK-Rollups submit proofs to the mainnet continuously, allowing users to transfer funds back instantly.

Currently, StarkWare has integrated StarkEx, its ZK-Rollup scaling engine, into several crypto projects such as the decentralized exchange dYdX and the fantasy soccer NFT platform Sorare. However, with the launch of StarkNet Alpha planned later this month, developers will be able to independently launch smart contracts on the network, opening up the scaling technology to whoever wants to build on it.

As gas fees and congestion on Ethereum show no signs of decreasing, competition for effective scaling solutions is heating up. In September, Enya and OMG Network launched an Optimistic Rollup solution called Boba Network, aiming to reduce the challenge period time and streamline withdrawals. 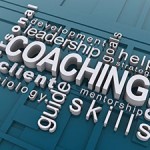