Ethereum has been relatively stagnant while Bitcoin appears to be heading toward new all-time highs.

The second-largest cryptocurrency by market cap has mostly traded within a $250 price pocket since the beginning of the month, defined by the $3,380 support and $3,630 resistance level. Despite the lack of volatility, ETH could soon be bound for a bullish impulse.

Behavior analytics platform Santiment shows that the supply of ETH on trading platforms is declining. More than 19.1 million ETH has been idle on known cryptocurrency exchange wallets on Oct. 6. Since then, roughly 140,000 ETH have been withdrawn, and now 18.96 million ETH have been left.

The decreasing ETH balance on exchanges can be considered a positive sign as it suggests that the selling pressure behind the asset is also declining.

Additionally, data intelligence platform Glassnode registered a considerable spike in on-chain activity. The number of new daily addresses created on the network jumped by more than 115% since Oct. 4. This metric reached a high of 140,000 new addresses on Oct. 6, and it currently hovers around 91,000 new addresses.

Network growth is often considered one of the most accurate price predictors for cryptocurrencies. Generally, a steady increase in the number of new addresses created on a given blockchain leads to rising prices over time.

The rising interest in Ethereum combined with the declining supply of ETH available to sell on exchanges paints a bullish picture for Ethereum’s future. Although prices are yet to react to the current network dynamics, it appears to be just a matter of time before ETH enters its next rally.

Transaction history shows no major supply barrier ahead that can prevent Ethereum from reaching new all-time highs. Still, the $3,200 support level would need to hold in the event of a sell-off for the optimistic outlook to be validated. Breaking below such a critical demand zone could lead to a dramatic dip as the next significant foothold sits at $2,700.

Valkyrie has launched its Bitcoin futures ETF, an investment fund that tracks the value 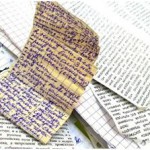