Diem published a press release today in response to lawmakers’ attempts to shut down the launch of its Novi wallet.

Yesterday, members of the U.S. Senate attempted to stop the limited launch of the Novi wallet that occurred yesterday. That letter was addressed to Facebook, and it criticized the company’s plans to launch its cryptocurrency and its payments network.

In response, Diem said that the lawmaker’s letter “misunderstands the relationship between Diem and Facebook.”

The project further distanced itself from those entities by saying that “Diem is not Facebook,” but rather an association with 24 members including Facebook and Novi.

It also asserted that Novi’s pilot program, which uses the Paxos stablecoin, is unrelated to the Diem token.

Those statements are technically true in the sense that the pilot program is isolated from Facebook and its Diem stablecoin.

On the other hand, Diem has made it abundantly clear that it is connected to Facebook in a broader sense. The project is headed by Facebook Financial head David Marcus, and it originated internally at Facebook circa 2018. While lawmakers incorrectly accused Facebook of trying to launch its Diem digital currency yesterday, Novi is undeniably one part of that project.

Those ties mean it is unlikely that regulators will abandon their criticisms toward the project over a technicality.

Despite resistance from regulators, the Novi wallet is listed for download on both Apple and Google’s app stores and there is no indication that the app will be taken down. 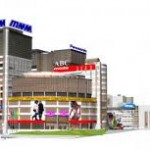