Binance U.S.’ trading algorithm suffered from a bug that resulted in a Bitcoin flash crash on Oct. 21. Although prices recovered quickly, both cryptocurrencies are now trying to hold support to avoid further losses.

Bitcoin and Ethereum are in retreat following a flash crash. Binance U.S. was hit with a bug Thursday, resulting in a flash crash that saw Bitcoin’s price plummet by around 90%. Ethereum also dipped 50% on the exchange.

Though both assets posted a quick recovery, the event has made a significant impact on the market. Bitcoin retraced by 7.4% a few hours after making a new all-time high at $67,000.

The sudden spike in selling pressure pushed the flagship cryptocurrency to a low of $62,050, easing nearly 5,000 points in market value. Although prices have bounced back above $63,000 in the last few hours, it remains to be seen whether BTC can hold above support.

From a technical perspective, Bitcoin’s price action appears to be contained within an ascending parallel channel that developed since Oct. 4. Every time BTC has risen to this technical formation’s upper boundary since then, it has been rejected and retraced to the pattern’s lower edge. From this point, it tends to rebound, which is consistent with the characteristics of a parallel channel.

Now that Bitcoin has reached the channel’s lower trendline, an upswing toward its middle or upper trendline could be underway. These crucial areas of resistance sit at $66,000 and $70,000 respectively.

While the recent price history suggests that a meaningful rebound is imminent, it is crucial to pay attention to Bitcoin’s interaction with the 50 four-hour moving average at $62,000. Any increase in selling pressure that leads to a break of the support level could invalidate the optimistic outlook.

While Bitcoin tumbled, Ethereum was heavily rejected on Oct. 21 as it approached its mid-May all-time high at $4,380.

Exchange data from Bybt shows that roughly $46 million worth of long ETH positions were liquidated across the board due to the sudden pullback. Since the flash crash, ETH has also failed to hold above $4,000.

The Fibonacci retracement indicator, measured from the Oct. 17 swing low at $3,640 to the Oct. 21 swing high at $4,375, suggests that Ethereum is sitting on stable support. The combination of the 50% Fibonacci retracement level with the 50 four-hour moving average at $3,922 is the most significant interest area underneath ETH.

As long as prices avoid closing below this barrier, odds favor a resumption of the uptrend toward a new all-time high at $4,574. 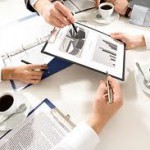