DeFi protocol Avalanche has been in the spotlight after a series of announcements that may have helped push its native token, AVAX, toward higher highs.

Avalanche has enjoyed bullish price action over the past four days. The thirteenth-largest cryptocurrency by market cap surged more than 24% since Oct. 19, reaching a high of $69.

A few recent announcements may have influenced Avalanche’s uptrend. The DeFi protocol has deployed Alpha Homora V2, enabling users to combine their yield farming tokens with borrowed tokens as collateral to gain a higher APY. Additionally, renowned photographer Jason Peterson released a collection of NFTs that represent some of his favorite shots on Avalanche.

From a technical perspective, the sudden upward price action appears to have been anticipated by the Tom DeMark (TD) Sequential indicator, which presented a buy signal on AVAX’s daily chart. The bullish formation developed as a red nine candlestick on Oct. 12, projecting that Avalanche’s uptrend was going to resume.

As AVAX reclaimed the 50-day moving average as support on Oct. 20, the TD’s buy signal was validated, resulting in the upswing seen over the past few days.

Now, Avalanche appears to have reached a critical resistance cluster. The TD’s setup trendline and the 61.8% Fibonacci retracement level at $69 act as a supply barrier, preventing AVAX from advancing further.

Considering that Bitcoin and Ethereum appear to have broken below support, it is reasonable to consider that Avalanche could face rejection. An increase in profit-taking around the current price levels might lead to a correction toward $65 or even $62 before the uptrend resumes.

Only a daily candlestick close above the $69 resistance level can give AVAX another tailwind towards higher highs. Slicing through this pivotal point could push prices towards $73.5 or even retest the all-time high at $79.6. 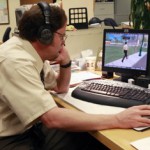