Arbitrum, an Optimistic Rollup, has strengthened itself as the top Layer 2 solution on Ethereum. The total value locked on the network reached has $3.3 billion, jumping 17.78% in the last week alone.

Arbitrum continues to dominate the Layer 2 space by leading the market in terms of total value locked.

Arbitrum’s total value locked currently stands at $3.3 billion, per L2 Beat. This metric has grown by 17% in the last week and by 23% this year. By comparison, the second-biggest Layer 2 product on Ethereum is dYdX, an on-chain derivatives trading protocol on Starkware with a TVL of $976 million. In other words, Arbitrum leads its closest competitor in terms of TVL by a margin of $2.3 billion.

Key metrics also indicate growing on-chain activity on Arbitrum the past week. Per Arbiscan, the official block explorer of Arbitrum, total daily transactions on the network have doubled in the last week, jumping from 32,113 on Feb. 5 to 73,845 today. In addition, there has been an uptick in the total number of unique Ethereum addresses that have transacted on Layer 2, which now stands at 383,720 and is growing each day.

The demand for Layer 2s has skyrocketed over the last year. Offering scalable yet secure alternatives to the Ethereum blockchain, Layer 2s like Arbitrum, Optimism, StarkWare, and zkSync, take computation requirements of dApps off-chain and reduce the amount of data they process on the Ethereum Layer 1. In this way, dApps can achieve the much-needed scalability while still retaining mainnet security.

Arbitrum’s $3.3 billion in total value locked (TVL) is justified by its rapidly-growing DeFi ecosystem, which consists of a healthy mix of DeFi staples like SushiSwap, Uniswap, Curve, and other native projects bootstrapped directly on it.

The biggest dApp on Arbitrum is SushiSwap, a large decentralized exchange first launched in May 2021. Notably, SushiSwap’s locked value has more than doubled on Arbitrum since the start of 2022. raising from $288 million on 1 Jan. to more than $734 million now, per DeFiLlama.

This signals that SushiSwap users continued adding assets to its Layer 2 liquidity pools, thereby contributing to the total value of Arbitrum as a whole. Similarly, other DeFi-oriented dApps like Curve, Abracadabra, GMX, Balancer, and Uniswap have recorded rising inflows during the past week, thereby adding to Arbitrum’s network value.

Other recent positive developments may have played their part as well. Large centralized crypto exchanges, FTX and Bybit, have recently added support for Arbitrum, letting users deposit and withdraw ERC-20 tokens on the Rollup. The integration may boost more activity on the Layer 2 network. 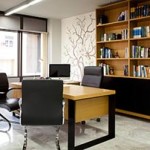